How to Close a Gap between the Teeth: Treatment Options 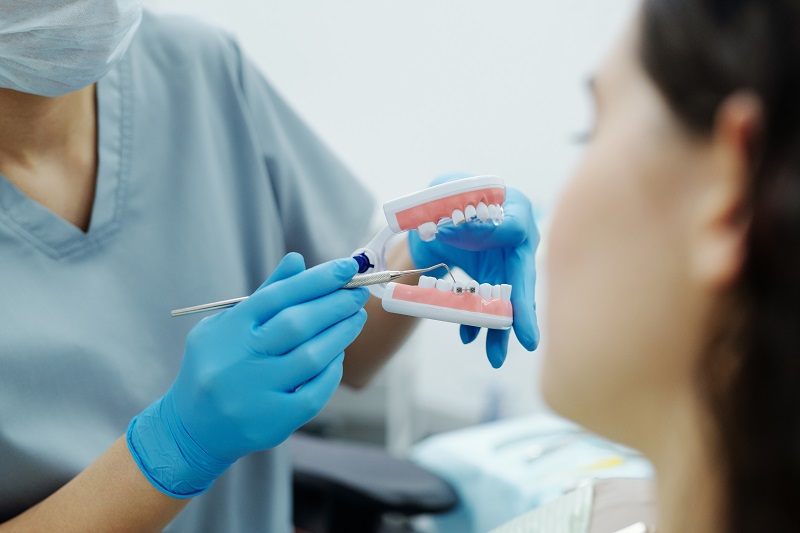 For some, a gap between the teeth (usually between the front ones) is an attention grabber; for others, it can result in a lack of confidence. In medical terminology, diastema refers to a gap between the teeth. This phenomenon can be congenital or appear in the process of primary dentition change to the permanent one (physiological diastema). If this feature causes discomfort and low self-esteem, there is always an opportunity to contact a dentist or a specialized clinic. There you can get professional diastema treatment with braces or find options (if indicated).

Dentists distinguish the following types of spaces between the teeth:

By the nature of teeth displacement, there is a separate classification. There are:

Do not confuse the terms diastema and trema. The latter term also denotes an interdental gap, but at the same time, a trema can get formed between any teeth in a row.

Causes of Gaps between the Teeth:

The following factors are most likely to trigger a diastema:

Diastema and Its Complications

Congenital or acquired diastema can lead to a number of the following complications:

Despite the talk about an attention grabber, specialists can help get rid of the diastema. For this purpose, only professional methods are applied.

Even an experienced professional cannot predict the potential for diastema progress. The interdental gap cannot be strongly marked and retain its width throughout life. In a less favorable scenario, the interdental gap will rapidly increase, intensifying the external defect.

The possibilities of modern dentistry allow you to choose an effective treatment that will eliminate diastema forever. Professional correction of the gap between the teeth can take several procedures or up to 2 years.

Braces are most often used for interdental space correction. This treatment method has proven to be effective in restoring the normal position of the teeth in the dentition. The maximum effect from braces is most commonly seen in younger patients since their dentition has not yet been formed. Braces are effective in adult patients as well, but it takes longer to correct diastema in adulthood.

This correction method is entirely safe, but the desired result can be achieved only if the braces are continuously worn for a specified amount of time. Self-ligating and ligature braces are applied to correct the diastema and other problems of teeth alignment. Lingual and vestibular braces are used regarding the placement position. These orthodontic appliances are classified by material and can be metal, sapphire, ceramic, or combined. From the aesthetic point of view, ceramic braces are the top option since they look most similar to natural tooth enamel.

In addition to bracket systems, cosmetic restoration is used to close a gap between the teeth, implying the use of direct (composite) veneers made directly in the dentist’s office from a composite that hardens due to light curing. The orthopedic technique for eliminating diastema includes the use of metal-ceramic, all-ceramic crowns, or ceramic veneers.

If the gap is caused by the abnormal location of the labial frenum, then an additional surgical intervention is performed. As an alternative to braces, orthodontists use plates (in younger patients).

The cost of professional correction of the interdental gap depends on the type of treatment. If a bracket system is the first option, then the cost of such treatment will depend on the braces type, the material of manufacture, and the type of placement. The price depends on the diastema size and the need for additional therapeutic manipulations.

This problem is widespread and occurs in people of different ages, regardless of gender. Despite this, the approach to treatment is unique for each patient since all clinical cases have their features and peculiarities. Professional treatment of diastema guarantees a favorable outcome and the desired aesthetic result. When using braces, the patient can observe the systematic reduction of the interdental space and restore the normal position of the teeth in the row.

Other mentioned treatment methods do not involve a serious time investment and require only a few visits to the dentist to eliminate the defect. There is no specific prevention of diastema, but everyone can try to avoid traumatic damage to the teeth and treat inflammatory diseases of the oral cavity promptly.